Lobsang Book Store Founder-General Manager Wang Shih Syn won the 2017 Social Education Contribution Award conferred by Ministry of Education.
"I want to give my sincere thank to the stated-owned public information library. Due to its strong recommendation, I could have the honor to be here with other pioneers, making great contribution to the social education and creating a better society."

In order to reward any individual and group which has remarkable contribution to the social education, Ministry of Education held the “2017 Social Education Contribution Award Ceremony” at the International Convention Center on 12/5. It's the 43rd year of award giving. According to the revised version of Implementation Rules of Social Education Contribution Award of Ministry of Education, it's named as Social Education Contribution Award in 2017. In order to improve the resource integration for Ministry of Education to reward the groups in the social education circles and encourage individuals to contribute to the communities, 15 awards would be respectively given to individuals and groups. Meanwhile, the “Lifetime Contribution Award” was also added to award anyone devoted to propelling the development of social education in the long run, making great contribution and setting an example for the lifelong learning. This year, a total of 111 outstanding individuals and groups were recommended by various units and departments. List of Winners were reviewed repeatedly and eventually approved by the review team. Pan, Wen-zhong, minister of education, personally attended this ceremony and expressed his congratulations and thanks to all winners.

The first “Lifetime Contribution Award” was given to Father George Martinson, former chairman of Kuangchi Program Services, because he always cared for the poor, disadvantaged groups, refugees and new migrants regardless of nationalities and religions. Through the public media combined with English education and moral education, Father George Martinson leaded Kuangchi to spread his love as Uncle Jerry throughout Taiwan. However, the sudden death of Father George Martinson was extremely heartbroken, but his great life dream had driven the whole society to contribute efforts in the lifelong education. Li Ping, the individual winner this year, is now the general secretary of YWCA of the Republic of China, the chief executive of the Foundation of YWCA of Corporate Bodies and the Global Ambassador of the World's YWCA. She is devoted to caring for and training new migrants and providing related services, having served over 1000 new migrants and more than 350 new migrant families. To improve the political transparency of Taiwan, she has participated in various international affairs actively, leading YWCA to become an international association for women and join in the World's YWCA for in-depth knowledge exchange with different women leaders from different countries. Furthermore, she spread and applied the successful experience in caring for the women and improving women's rights to the society of Taiwan, hoping that women in Taiwan could own more rights to speak in the international community and become the important characters in the association. In fact, she is the perfect sample to inspire women and new migrants.

Li Mei-shu Culture and Education Foundation is the winner of “Group Award”. Li Mei-shu Memorial Gallery was founded in 1990. In order to allow local students to have deeper insights about Li Mei-shu's works, the foundation tried to promote Master Li’s works outside the gallery, enabling more people to see and feel the art in different spaces. For example, after “Mei-shu Month Outdoor Exhibition” ended, they tried to bring these exhibits to different schools at all levels. In association with the guidance and interpretation made by volunteer teachers, the value of Li Mei-shu's works was expanded unlimitedly. In addition, the “Li Mei-shu Aesthetic Talents Cultivation Plan” has been implemented. There are over 50 volunteers have received excellent training which helped promote arts and paintings to more and more culture lovers. For the purpose of expanding the art and culture education, “Taiwan Art: Taiwanese Artists Theme Exhibition Tour” has been held for students in remote areas in recent years. Through the exhibition tour, schools in remote areas could also receive the art and culture education and positively participate in the international communication. In 2016, the Gallary cooperated with The Coal-mining Museum in Tagawa City and exhibited various works of Yamamoto Sakubei--the world's memorial cultural heritages. In 2017, the Gallery even got in touch with the family members of Wansen Painter, Tetsuomi Tateishi, and invited them to exhibit Tetsuomi Tateishi's original works at The Li Mei-shu Memorial Gallery so as to positively spread the art's positive energy.

Ministry of Education expressed its thanks to all individuals and group nominees participating in this award. Due to limited quotas, it's a pity that we could not cover all outstanding enterprises and companies. However, all winners are the elites of the social and educational fields and they indeed deserved the award. We would like to study together and display the sustainable development of lifelong education by combining various resources from enterprises, natural environments and communities. Through dramas, paintings, music and diverse educational activities, we expressed out care about every child, women, new migrant and elderly person, regardless of ages. Father George Martinson, who won the “Lifetime Contribution Award”, had indeed set an example for the lifelong education. On the land of Taiwan, we would like to hold each other’s hand to move forward and create a better world. 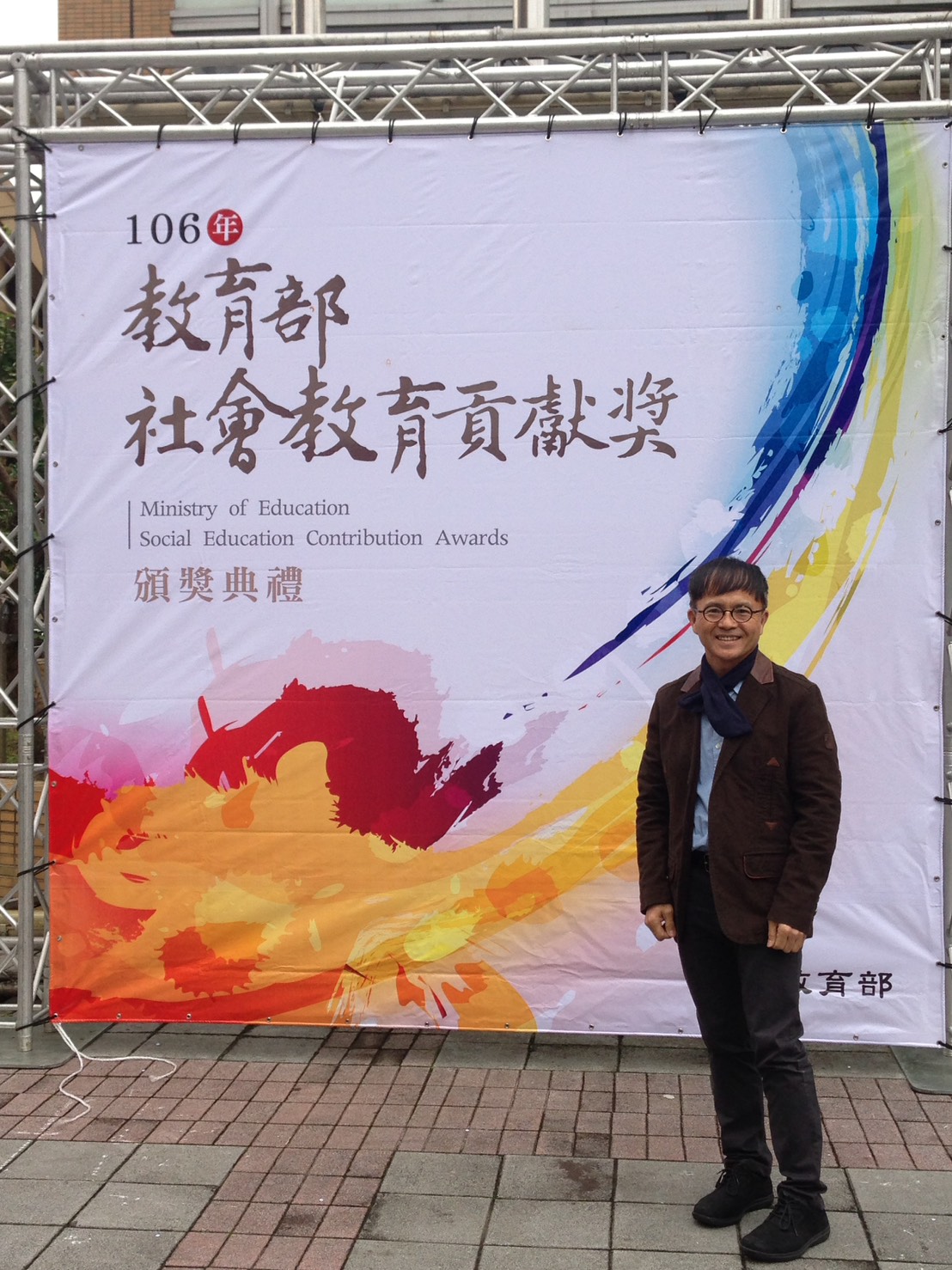 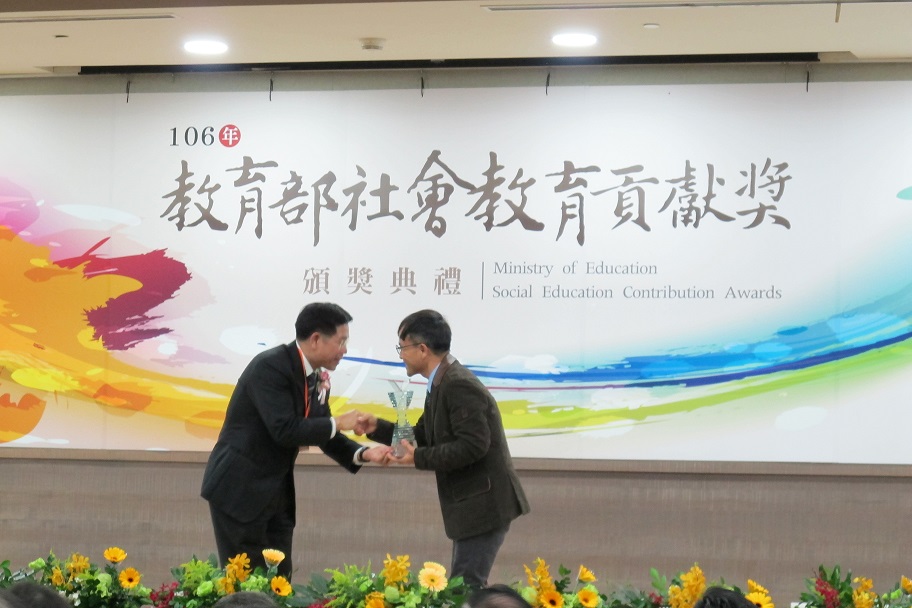 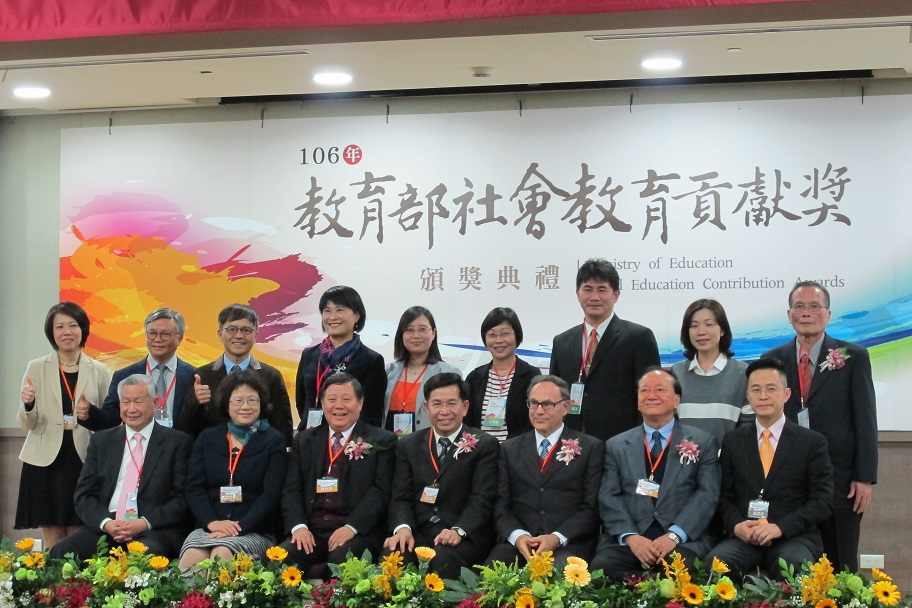 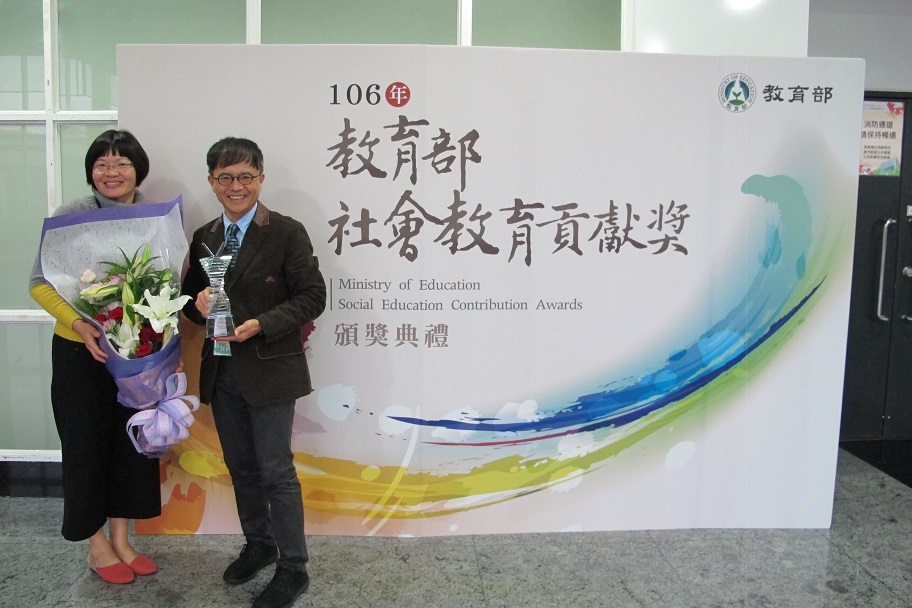 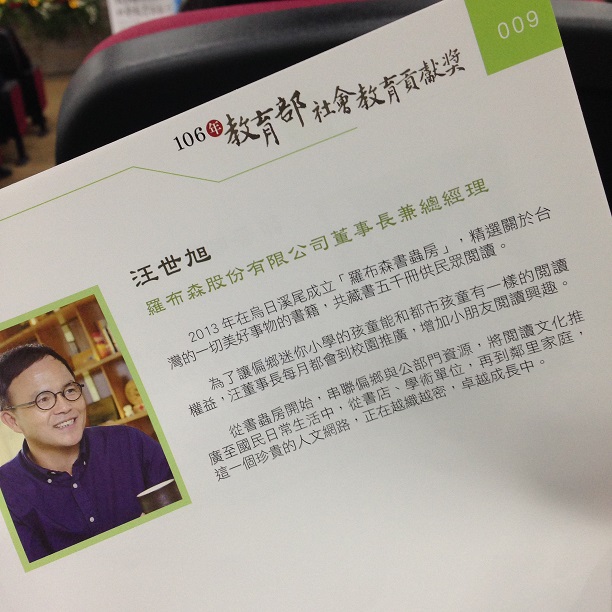 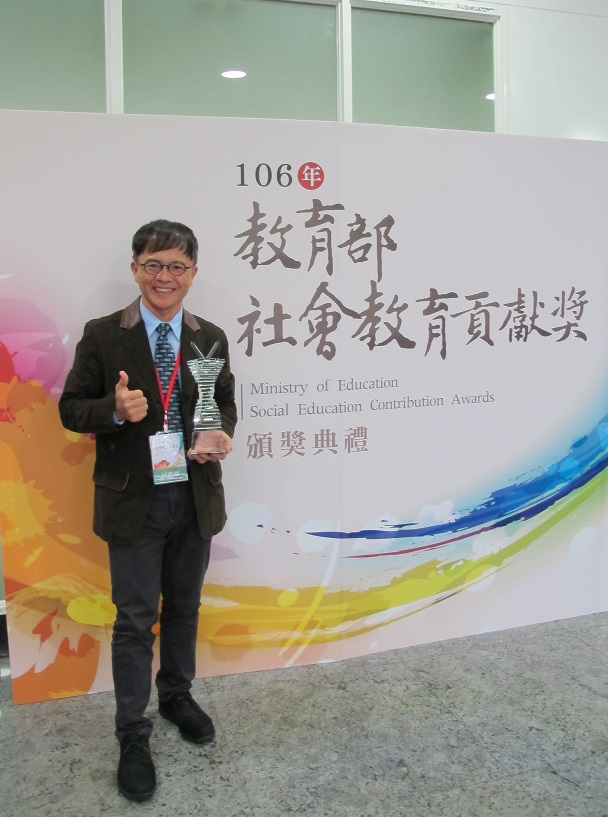